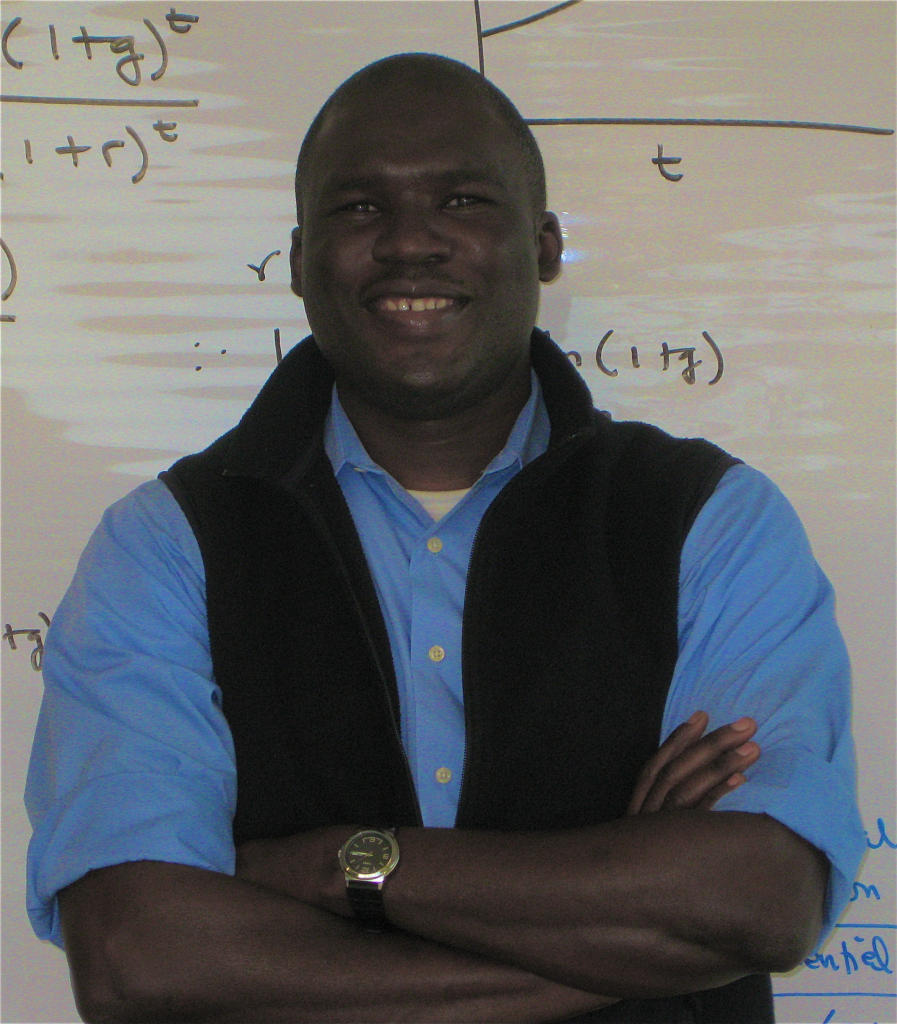 My long-term goal: To become one of the best seed-stage venture capitalists in the world, and for our team at REFASHIOND Ventures to become the best early-stage supply chain technology venture firm in history.

We arrive with focus, and we stick to it.
– Aliko Dangote

Big muscles do not make a farmer.
– Yoruba Proverb

Almost certain death. Slim chance of success. What are we waiting for?
– From The Lord of The Rings

Your work is to discover your work and then with all your heart to give yourself to it.
– Buddha

Are you afraid? Good. You’re in the great game now and the great game is terrifying.
– Tyrion Lannister, Game of Thrones, Season 6 Episode 9, “Battle of the Bastards”

Confusion is the sweat of learning.
– Rhett Allain

Some people are more certain of everything than I am of anything.
– Robert Rubin

Work until your idols become your rivals.

I have learned over the years that when one’s mind is made up, this diminishes fear; knowing what must be done does away with fear.
– Rosa Parks

The first principle is that you must not fool yourself and you are the easiest person to fool.
– Richard P Feynman

Discovery consists in seeing what everyone else has seen and thinking what no one else has thought.
– Albert Szent-Gyorgyi

He who knows all the answers has not been asked all the questions.
– Confucius

Between a high, solid wall and an egg that breaks it, I will always stand on the side of the egg. Yes, no matter how right the wall may be and how wrong the egg, I will stand with the egg. Someone else will have to decide what is right and what is wrong; perhaps time or history will decide.
– Haruki Murakami (Always on the side of the egg)

If you want people to believe your promises tomorrow, it helps if you kept them yesterday.
– Seth Godin

An invasion of armies can be resisted but not an idea whose time has come.
– Victor Hugo

You need to try to do the impossible, to anticipate the unexpected. And when the unexpected happens, you should double the efforts to make order from the disorder it creates in your life.
– Andy Grove

If nobody will help you, do it alone.
– Michael Jordan

Do not easily despair.
– Unknown

The first order of business is to try. You must try until your brain hurts.
– Elon Musk

The measure of greatness in a scientific idea is the extent to which it stimulates thought and opens up new lines of research.
– Paul A.M. Dirac

He who would build a path to the heavens must walk alone.
– Source Unknown

Silence is a form of wisdom, yet few people practice it.
– Abu ad-Darda

I judge you unfortunate because you have never lived through misfortune. You have passed through life without an opponent – no one can ever know what you are are capable of, not even you.
– Seneca

We shall not cease from exploration, and the end of all our exploring will be to arrive where we started and to know the place for the first time.
– T.S. Eliot

The thing that differentiates scientists is a purely artistic ability to discern what is a good idea, what is a beautiful idea, what is worth spending time on, and most importantly, what is a problem that is sufficiently interesting yet sufficiently difficult that it hasn’t yet been solved, but the time for solving it has come now.
– Dr. Savas Dimopoulos, Stanford University

Can you recall why you fell in love with mathematics? It was not, I think, because of its usefulness in controlling inventories. Was it not instead because of the delight, the feeling of power and satisfaction it gave; the theorems that inspired awe, or jubilation, or amazement; the wonder and glory of what I think is the human race’s supreme intellectual achievement?
– Prof. Underwood Dudley, DePauw University

The seed-stage technology venture capitalist’s goal is to benefit disproportionately from uncertainty.

I have observed something else under the sun. The fastest runner doesn’t always win the race, and the strongest warrior doesn’t always win the battle. The wise sometimes go hungry, and the skillful are not necessarily wealthy. And those who are educated don’t always lead successful lives. It is all decided by chance, by being in the right place at the right time.
– Ecclesiastes 9:11, New Living Translation

I am a Co-founder, General Partner, and Co-Managing Partner of REFASHIOND Ventures — an NYC-based, early-stage supply chain technology venture firm that is being built to invest in startups refashioning global supply chains.

Prior to co-founding REFASHIOND, I gained 10 years of experience in investment research and management; I spent 8 of those years building an early-stage venture firm, KEC Ventures, from scratch. The firm grew to $98M of assets under management distributed across 2 funds, and 51 investments, with a team of 9 people. (It is $100M+ AUM if you count a couple of SPVs.)

I am also a Co-founder and Organizer of The Worldwide Supply Chain Federation, a network of grassroots driven communities of people who are obsessively enthusiastic about supply chain, innovation, and technology. The community has nearly 3,000 members in its New York City chapter, and nearly 10,000 members globally across Meetup.com, Clubhouse, and Slack – as of April 2021.

Our original goal was; To nurture and grow the world’s foremost open, global, multidisciplinary community of people devoted to building the supply chain networks of the future — starting in NYC.

Over the long term, our vision is; To create a global movement; the largest community on the planet of people obsessed with supply chain technology, who are trying to develop new products and build new companies – while learning from each other, and supporting one another.

I studied mathematics and physics for my first degree at Connecticut College. I earned an MBA with a specialization in financial instruments and markets from the Stern School of Business at New York University. I am a chartered member of the CFA Institute.

I am also an adjunct professor of supply chain and operations management in the Department of Technology Management and Innovation at the Tandon School of Engineering at New York University.

I am a venture partner with Newark Venture partners, and I serve as a VC-in-Residence at Genius Guild, a business creation platform.

I am on Twitter @brianlaungaoaeh. I write a weekly column as a market expert at FreightWaves, where I focus on the reinvention of global supply chains from the perspective of an early-stage technology venture capitalist.

Before my departure for the United States I obtained my primary education at the Bayero University Staff Primary School in Kano, Nigeria. I studied for the WAEC GCE Ordinary Level at St. Francis Xavier Junior Seminary, in Wa, Ghana and for the WAEC GCE Advanced Level at the Presbyterian Boy’s Secondary School in Accra, Ghana. I was considered a bookworm during my childhood and adolescence. I am still a bookworm. I also have a slight obsession for mechanical pencils, and I have a habit of drinking A LOT of coffee.

I love watching soccer, and I am a supporter of the national teams from Ghana, Nigeria, and now, the United States of America too. In another life, I have no doubt that I would have been a great head-coach/manager. I am fascinated with the process by which the most successful football coaches wring consistently high performance from the teams that they manage. I believe there are lessons there for ambitious startup founders.

In my free time I am a fitness enthusiast, and I now have a couple of half-marathons under my belt. I expect to add to that number when I have a bit more free time.

I feel most inspired when I am grappling with nebulous problems that seem unfamiliar at first glance, and whose solution requires connecting seemingly unrelated concepts from different subjects. Abiding curiosity and a love of research is my calling card.

I love people. I love to think. I can be stubborn, relentless and tenacious about the things I believe in.

I am not afraid to be different.

I am married to Tasha S. Kersey. My son keeps me on my toes by saying things like “So what exactly are you trying to say Daddy? Because what you just said does not make any sense.”

My Values – These are the beliefs that are fundamental to who I am and how I work.