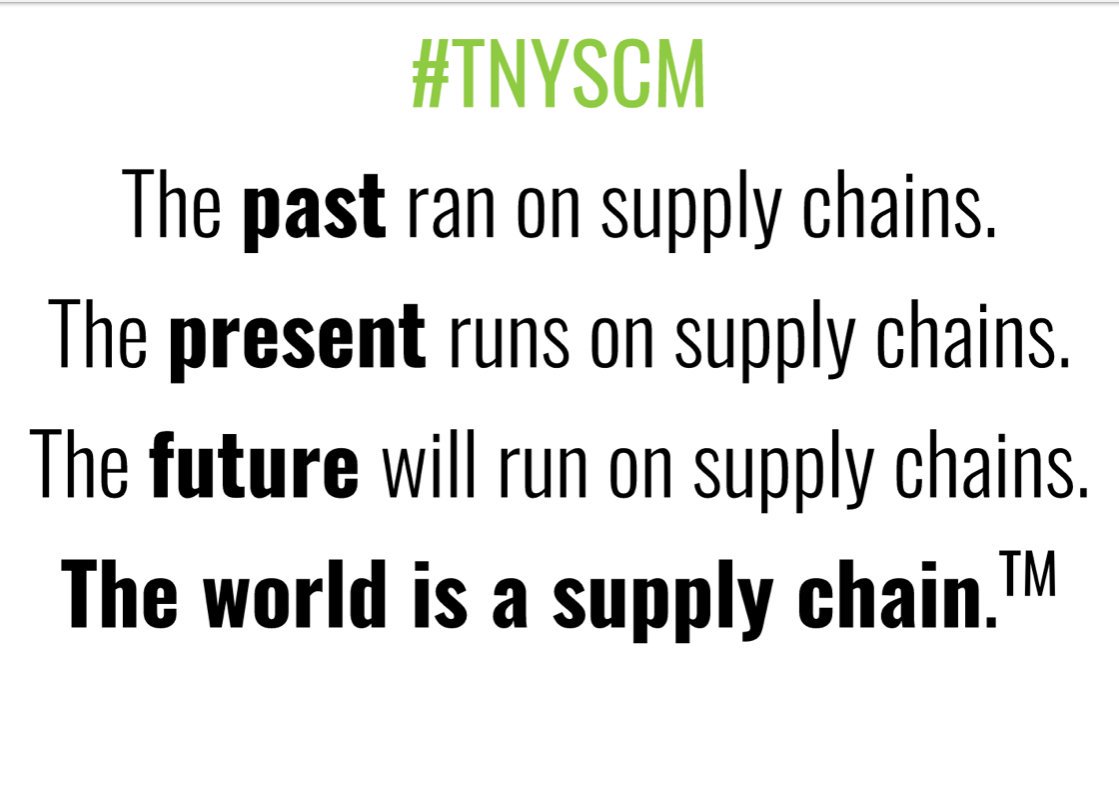 Acknowledgement: I am grateful to Anisha Surana, of Locus, for helping me with research about Bangalore, and India. She’s also been the point-person as we’ve worked across time zones to get things going in Bangalore. She’s been phenomenally helpful, even when our team in NYC has been stretched for time and other resources, and therefore less responsive than we should be.

After thinking about value chains and supply chains since August 2014, I decided in August 2017 that I should focus the remainder of my career as a venture capitalist on becoming a supply chain specialist. So on August 23, 2017 I decided to start The New York Supply Chain Meetup. You can read about how I got there here: #UnderConstruction | Why A Supply Chain Meetup in New York? In summary: New York City does an enormous amount of business with the rest of the world. Therefore, it is a wonderful laboratory for stress-testing technological innovations for supply chain. Moreover, it is also a great gateway for supply chain tech startups that seek to grow in the North American market.

We Started In NYC! We optimize for enthusiasm.

Friday, November 16, 2018 will mark one year since our first public event, which you can read about here: Progress Report | #TNYSCM Minimum Viable Launch – Building A Supply Chain Community. We are celebrating that milestone with an event on Thursday, November 15 which you can read about here: #TNYSCM09 / Keynote, Showcase & 1 Year Anniversary Celebration.

Over the course of our first year:

We started The New York Supply Chain Meetup with a deceptively simple but ambitious mission:

To nurture and grow the world’s foremost open, global, multidisciplinary community of people devoted to building the supply chain networks of the future — starting in NYC.

Soon after that we built on that mission statement by developing this vision:

To create a global movement; the largest community on the planet of people obsessed with supply chain technology, who are trying to develop new products and build new companies – while learning from each other, and supporting one another. 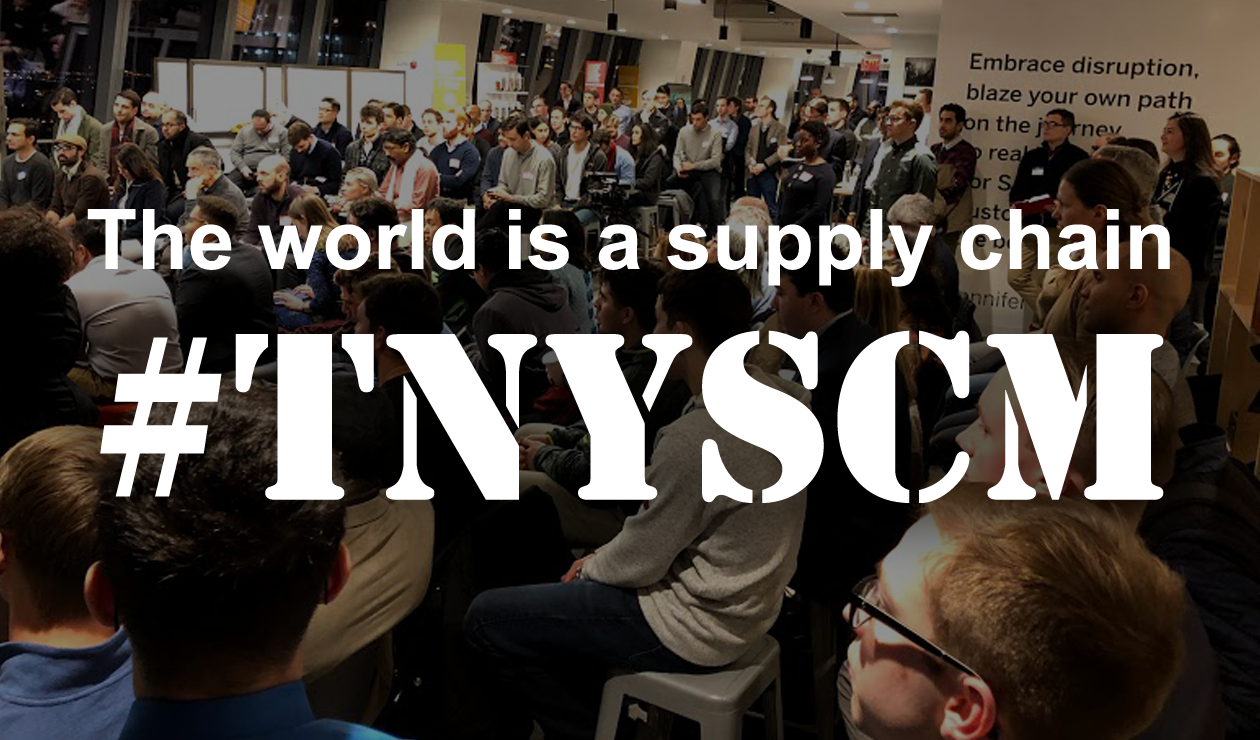 Now, We Are Launching A Community In Bangalore!

During this year of bootstrapping our community, we have built on our early progress in NYC, and are now on the verge of launching chapters outside New York City. On November 24, 2018, The Bangalore Supply Chain Meetup will have its public launch, establishing itself as the first international chapter of The Worldwide Supply Chain Federation.

We are excited that Bangalore is the next chapter to launch after NYC. In all the time that I have been studying about the economic impact more efficient supply chains can have on the world, it has become clear to me that the developing world stands to benefit the most from technological innovation in supply chain. As a boy growing up in Northern Ghana and Northern Nigeria, I was always amazed by the durability of buses made by Tata Motors. I find it personally meaningful, that a supply chain community I am helping to start is building its first international presence in the home of Tata Motors. Here are some highlights about India, and Bangalore specifically:

What is even more exciting than that? Our chapter in Bangalore is being launched through the dedicated effort of the team at Locus. I met Nishith Rastogi, Co-Founder & CEO of Locus, in June 2018, in NYC, while he was visiting the United States. We originally planned to chat for about 30 minutes. Instead we wound up spending nearly two hours chatting about the problems Locus is solving for its customers. This is a problem I have been interested in since 2016 – In fact, I discussed it at considerable length when I published: Industry Study: Freight Trucking (#Startups) and Updates – Industry Study: Freight Trucking (#Startups).

According to CrunchBase: Locus is an intelligent logistics automation platform with a built-in route planning and vehicle allocation engine which improves consistency and efficiency of operations, higher customer satisfaction with high adherence to service-level agreements (SLAs) & last-mile live tracking. The platform helps companies and enterprises in e-commerce, food delivery, fast moving consumer goods (FMCG) and other verticals to automate and optimize their logistics. The product suite comprises of a route deviation engine, order dispatch automation, a field user app, route optimizations, scheduling, tracking for end-customer, predictive analytics and other services and products. Locus offers the entire technology stack, in the form of a platform as a service.

According to CBInsights; Locus has raised $6.75 million from angel investors and institutional venture capitalists in India, Singapore, Japan, and California. Locus is also a graduate of Microsoft ScaleUp. When I met Nishith, he told me that the company was growing its business very rapidly in India, Indonesia, and other markets in Asia. Locus is now looking to grow it’s business in the United States, and has opted to begin that process by establishing a presence in New York City.

Finally, Nishith and I talked about the idea that propelled the formation of The New York Supply Chain Meetup. He grasped it immediately, and expressed a desire to build a community in Bangalore, one that would be connected with our community in New York City, and that would also subsequently be connected with every other chapter that launches in other parts of the world.

I explained that one of the goals of the community we were forming in NYC was for startups like Locus, and entrepreneurs like Nishith and his co-founders, to have a ready-made community of like-minded and helpful people they could connect with in NYC once they were ready to establish a presence here. That benefit should also work in reverse  . . . Obviously, that becomes more effective if the community in NYC collaborates actively with a similar community in Bangalore. That is how the idea for The Bangalore Supply Chain Meetup (#TBLRSCM) was born. It is a microcosm of how we hope The Worldwide Supply Chain Federation will function in helping early-stage startups building new technologies and new innovations to make global supply chains more efficient connect with New York City for customers, for talent and expertise, and for financial capital . . . . . No matter where they were founded, if they are expanding into the United States, we want them to call NYC home first, and we will become the community that welcomes them here.

Since our conversation in June, Nishith and his team at Locus have been hard at work putting things in place for the public launch. We would not have made it this far without the dedicated hard work of the team at Locus. They have taken on this initiative on top of their already very demanding responsibilities.

What Problems Will Our Community Help To Solve?

From large companies we’ve heard comments like; We’ve been grappling with this problem for decades, and we can no longer afford to do things the way we have done them in the past. However, we do not know the people doing the kind of research that could lead to a better solution. Do you know anyone we may not have heard about who’s thinking about this?

The Worldwide Supply Chain Federation is the collaborative, and mutually supportive coalition of grassroots communities focused on technology and innovation in the global supply chain industry. The New York Supply Chain Meetup is its founding chapter.

We wouldn’t have made it this far without the generous support of the following people and organizations;

Last but not least: Lisa agreed to become my co-founder when I called her in a “panic” on August 24, 2017. We have been learning about supply chain, technology, and innovation together since we first met in June 2016. We are now in the early days of building a specialist supply chain early-stage technology venture capital firm. She shares my obsessive enthusiasm for all things supply chain + technology + innovation. I couldn’t have done this without her help.

We have been lucky to have a large team of volunteer co-organizers: Brian Lindquist, Paula Cadman-Mendoza, Christian McKenzie, Nathan Sjoholm, Tina Kang, Santosh Sankar, Joy Fan, Elizabeth Salcedo, Leslie Cohen, Natan Reddy, and Daniel James. I have a firm belief that nothing of significance can be accomplished without the concerted and significant effort of a team. As I look back on the past year, I am grateful for the contributions from every member of our team. It’s through their efforts that we have been able to accomplish so much with so little.

Looking Forward: Our Plans For 2019

We figured that 2018 would be our experimental year: We have small groups of people who expressed interest in forming communities in Vancouver, Singapore, and Athens over the course of 2018. However, we have deliberately moved slowly in order to allow the chapter that demonstrates the most enthusiasm to get organized first, while we learn the lessons we can from that experience. We expect 2019 to be a year in which The Worldwide Supply Chain Federation grows by launching at least one additional chapter per quarter . . . In other words, I expect that we will have at least 6 active chapters around the world a year from now. Ultimately, our goal is to bring our community together for an annual conference in NYC, starting sometime in 2020.

If you would like to help us make this happen: Consider joining one of the communities we’ve already started, or consider starting one where you live. We can always use more volunteers. We do not yet have a committed sponsor. If you’re a company that wants to discuss becoming a sponsor, let us know. Our contact information is available via our manifesto, and we’re easy to find online.

About Locus: Locus is a decision-making platform in the supply chain that automates human decisions required to transport a package or a person, between any two points on earth, delivering gains along efficiency, consistency, and transparency in operations. The company’s premier logistics optimisation solutions include route optimisation, real-time tracking of orders, insights and analytics, optimised permanent journey plans and automated shipment sorting.